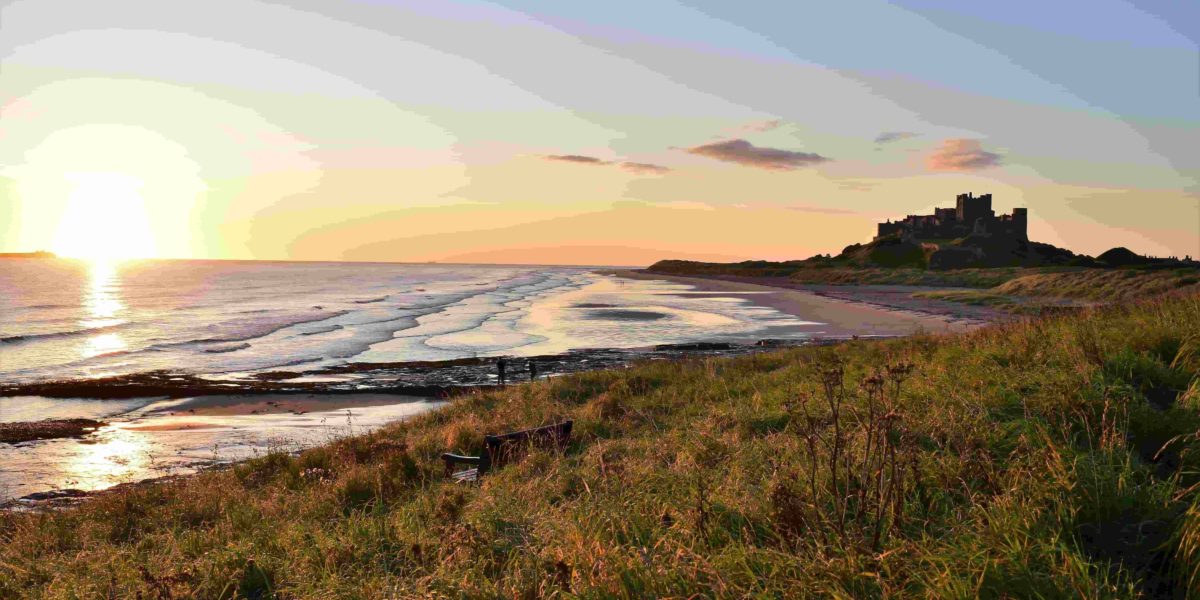 Northumberland is renowned for miles of countryside and a rich history. The Northumbrian coastline has been Britain’s best kept secret for years.

It’s no surprise that vacationers have finally cottoned on and officially voted Bamburgh the best coastal destination in Britain.

Which? Travel created a public poll to find the best seaside destination. Locations were ranked on categories including food, beach, seafront, peacefulness and value for money.

Although Bamburgh is not your stereotypical beach resort, the village scored over 89% across all categories. So, what makes Bamburgh the best coastal destination?

Bamburgh is home to some of the most breath-taking scenery in Britain. The village itself is quaint and picturesque whilst the castle is dramatic and bold – sitting grandiosely on a volcanic rock.

From the castle, the Holy Island of Lindisfarne and the Farne Islands are visible. Both former sites of Christian pilgrimage and home to ancient monks.

Nature and the beach:

Bamburgh beach doesn’t just boast castle views. The beach has a friendly atmosphere with surfers on the waves and dogs welcome all year round.

The golden sands back on to the Sandy Hill dunes: a recorded Site of Special Scientific Interest and the home of rare insects and flora. A walk to the Northern side of the beach reveals Bamburgh Lighthouse and a collection of rockpools – perfect to explore with the little ones.

Hunter-gatherers have been passing through Bamburgh since 10,000BC. Although Bamburgh’s first recorded history is in 500AD. Known as Bernicia to the Anglo-Saxons, Bamburgh was the royal capital and the most powerful of seven kingdoms.

Throughout history Bamburgh faced several attacks from leaders of rival English kingdoms, the Scots, the Vikings and the Normans. In 1066AD the Normans won the castle from the Anglo-Saxon rulers – lead by William the Conqueror.

In 1894AD Lord Armstrong, a famous Victorian inventor purchased the castle. Armstrong started the official restoration and the castle remains in his family today.

A visit to the seaside isn’t complete without devouring some delicious seafood. Whilst fish and chips remain a firm British favourite, The Potter Lobster in Bamburgh offers a wide selection of luxury seafood dishes.

If you’re prefer a cup of tea and a cake, Copper Kettle Tearoom is a traditional tearoom. Offering a large selection of cakes and sandwiches, catering to all allergen and dietary needs.

Cheviot Holiday Cottages are a collection of award-winning cottages located in Northumberland national park. The cottages are just a half an hour drive from Bamburgh and the perfect base for exploring Northumberland.

You can check the availability of Cheviot Holiday Cottages here.